Get the blog feed

Recently, Carissa and I had the pleasure of having two of our dearest friends visit for an evening. During that time, as I am sure is the case with all of you, many wonderful discussions took place. We swapped stories, shared insights, and had an all-around great time getting together with old friends.

At one point during the discussion we all reflected on something which has occurred in our society. That is, how often it comes to be that people express themselves by saying, “I feel…” rather than saying, “I think…” Naturally this led to a further discussion as to why this is the case. The best reason given was many individuals find saying, “I feel…” gives them better protection against critique.

Over the last few days, for some reason, this conversation came to my mind, and in the midst of that I started thinking about this even further. Why should a statement saying, “I feel…” be able to be less critiqued, in the end, than a statement saying, “I think…?” Ultimately I came to the conclusion that it should not be any different.

The argument is if I say it the first way then there is no way for you to critique me. Why? Because my response will simply be, “But I do feel that way, and you cannot tell me how to feel!” Thus, we end up being entrapped, because even though you disagree with me I still can claim that my feeling is accurate, and therefore relative to me.

People, however, do not usually respond this way to “I think…” statements. They usually do not rebut it by replying in such a fashion. Why? What causes us to accept “I feel this way…” as a valid rebuttal against a critique but not, “I think this way…” as well? I suspect it has something to do with the rebuttal. For if we notice, when we are critiqued with an “I think…” statement we only rebut the conclusion, whereas with an “I feel…” statement we usually try to rebut the method of our conclusion.

To put it another way…

Yet, in all reality, is there really any difference in the argument? Not really. When we consider how both thoughts and feelings are both internal and abstract, then the conclusion is what is always going to be critiqued, not the method by which the conclusion was reached.

As such, I would argue that a feeling statement can be critiqued just as easily as a thinking statement. All because one feels something and interprets or draws conclusions about the world around them because of that feeling does not mean that the conclusion is correct. The same is true of a thought; despite the thought being there it does not mean that the conclusion of a thought brings about truth. Neither a thought nor a feeling necessarily leads to truth.

Should we even use feeling statements?

Some would argue we should never really use feeling statements. Personally, I find this unnecessary. In the end both statements are dealing with interpretations/conclusions about the world around us, and so long as we recognize that our critiques are not about the method by which we come to these interpretations/conclusions then it seems pretty obvious what everyone means when we say “I think…” and “I feel…”

Along with that, I do believe that feelings can help us in our pursuit of truth. That is, there are times when we feel something which helps us be justified and, perhaps, warranted in what we believe and experience. Let me show you a picture as an example to this. 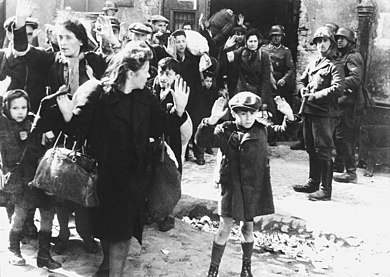 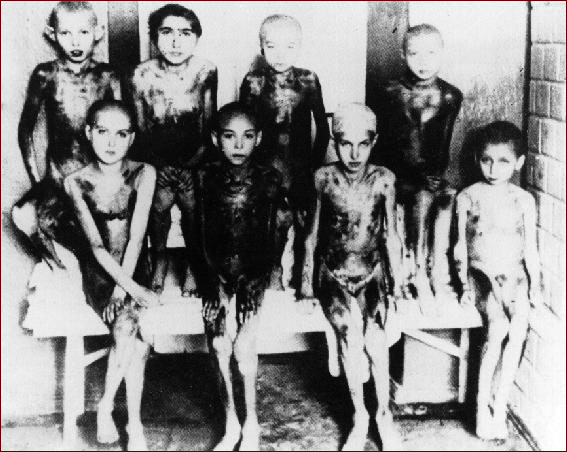 These pictures are taken from times during the holocaust. The one is of a boy in Warsaw, putting his hands up in surrender to soldiers with guns. The second is a picture of children from the Auschwitz death camp.

I don’t know about you, but when I think about these events of our past, the thought comes to mind, “This is wrong.” But not only that, I also feel that it is wrong. There is something within me that gets sorrowful, and angry. Again, I feel as well as think there is wrongness here. As such, our feelings and thoughts can both be utilized in regards to our experiences and help us to interpret and draw conclusions to the world around us.

Unfortunately, however, most individuals today only go with their feelings rather than their thoughts. As such, there are many who justify themselves to believe certain things because they feel certain ways about them. This, however, should be cautioned against, because as it is our feelings can mislead just as easily as our thoughts. We can be wrong in the interpretations and conclusions of our feelings just as we can be wrong in the conclusions of our thoughts.

Indeed, for the holocaust I can be further established in the wrongness because not only do I feel that it is wrong, I also think it is wrong. I base much of it off of the commands of Christ to love the Lord your God with all of your heart, mind, soul, and strength and love your neighbor as yourself. I find none of that with the pictures above, but instead I find the exact opposite. Thus, my thoughts, feelings, and further knowledge provide me with an adequate grasp of the immorality of the holocaust, and my desire to speak against any such event in the past, present, or future.

The whole point of this was to show that we can certainly critique “I feel…” statements just as easily as we can critique “I think…” statements. Likewise, I did want to also show that it is perfectly reasonable to use both statements, in the end, since both are technically methods which can help us come to interpretations and conclusions. Unfortunately, however, we should never merely rely on our feelings, but just like our thoughts should take criticisms of the interpretations and conclusions we come to by our feelings seriously.